Construction on 1357 Lela Lane officially started on 11/2/11. I am WAY behind on an update as many exciting things have been happening! Prior to 10/29/11, there were a few things that happened that weren’t very photo-ready. Before closing, an engineer came out and staked the property for property lines and placed the home on the lot plat. Then, later, he came back out and spray painted the outline for the house which was really cool. Finally, something visible appeared!

10/29/11 – This was the first significant thing that happened on site – a port-a-jon was delivered! Thanks to our friend and future neighbor for snapping a pic. 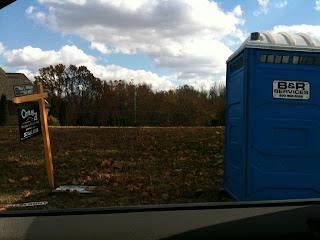 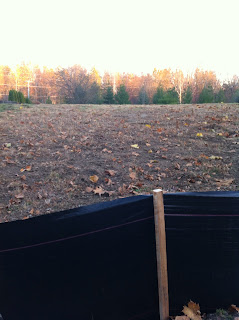 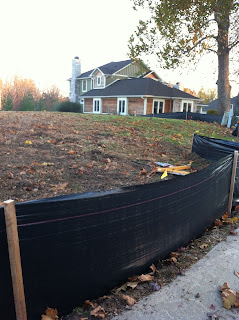 11/3/11 – Official ground breaking! We cleared the site first and then dug a gigantic hole in the ground for the basement. 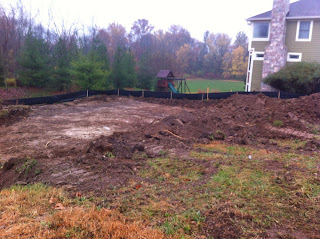 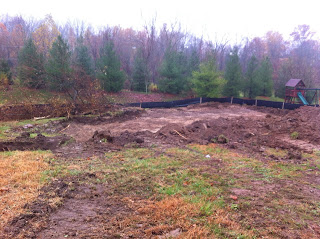 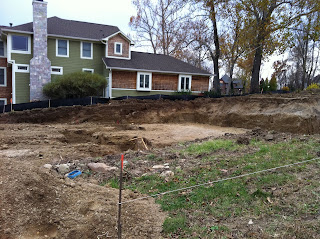 In this picture, you can see the trenches for the footers. 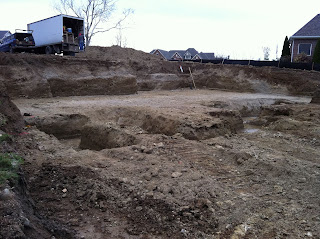 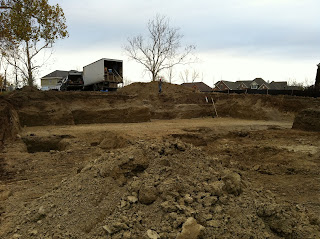 11/7/11 – Footers are poured. These are the “foundation.” I always get thrown off when hearing this term. For some reason, even after four years of being around houses under construction, I always expect to see a slab. The outline of the basement is coming together. 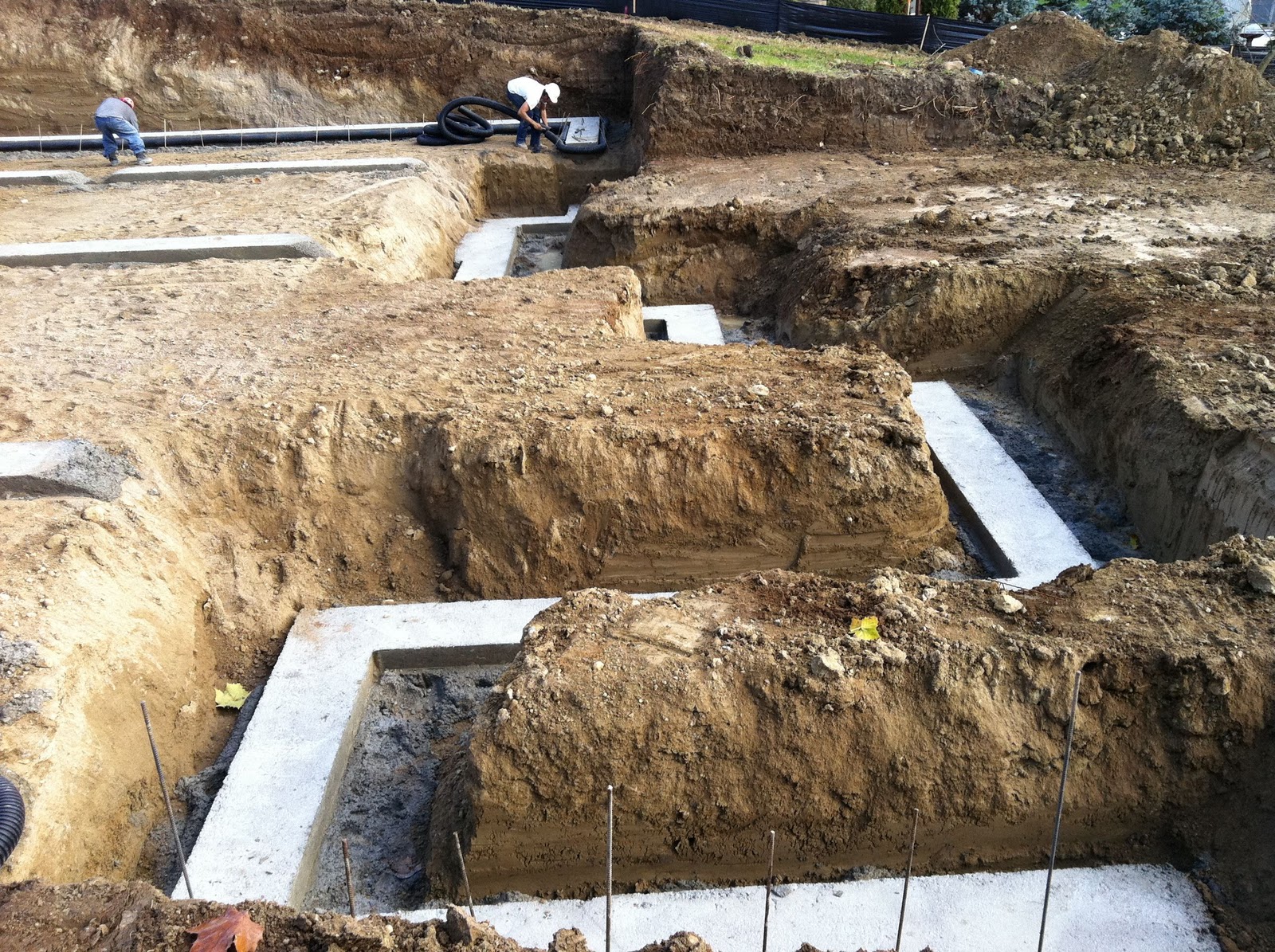 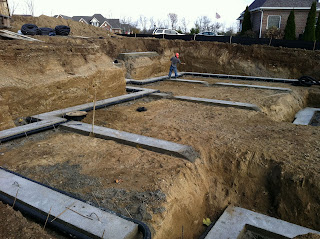 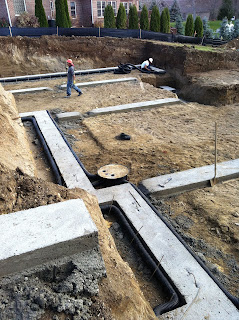 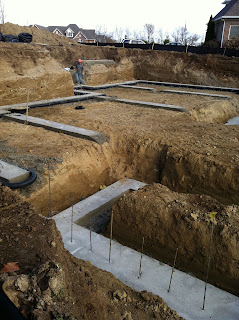 11/9/11 – Pea Gravel arrives and they begin to assemble the concrete forms for the basement walls. Pea gravel goes under the slab and there is more to come this week. They have to dig out extra dirt in order to put in the foundations so they’ll back fill with more dirt and pea gravel for a nice, level slab. The wall forms are kind of crazy and I’ve not seen these in action since the homes we have built so far are on a slab and no basement. 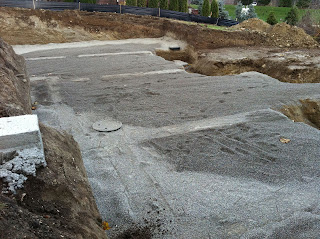 These are the forms getting ready to go down into the hole. 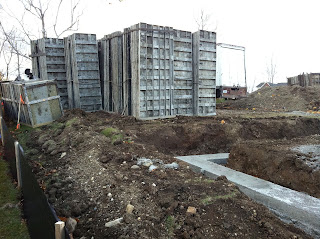 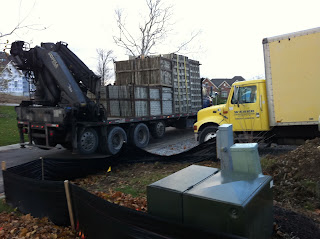 I took lots of pictures because I knew I couldn’t do it justice. They are just weird and I wasn’t expecting them for some reason. 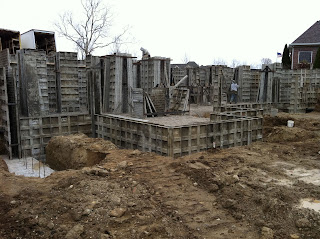 This is looking down into the basement. 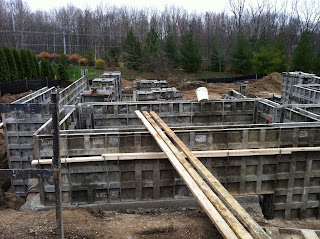 The big square at ground level on the right is the garage. To the left is the front porch. 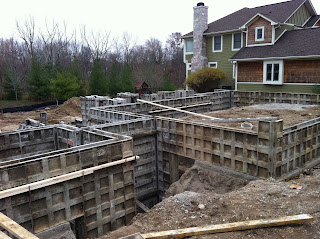 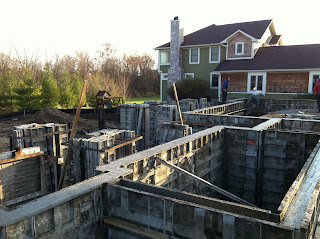 See what I mean about backfilling? 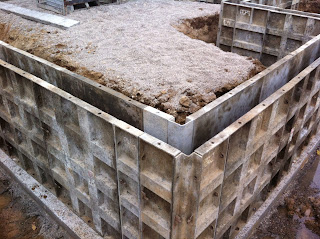 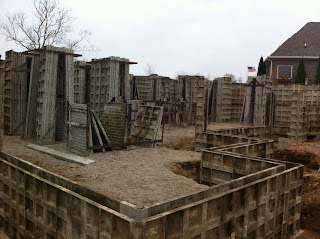 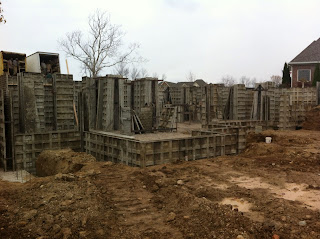 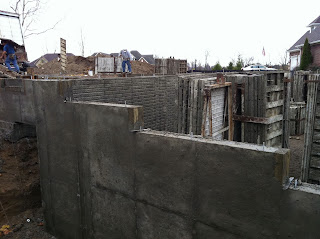 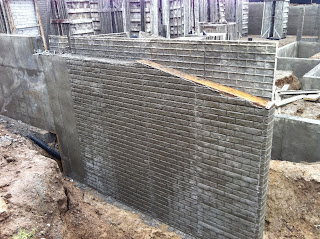 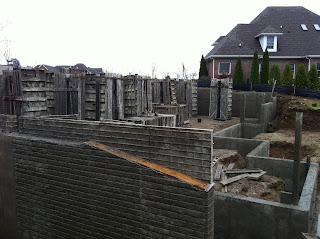 On tap for this week – waterproofing the walls and underground plumbing rough in. Tom says maybe if we’re lucky, we’ll get a green plate inspection. (Sense his sarcasm?) Doesn’t sound like a bunch of photo ops, but maybe I’ll get one or two. I’ve been tasked with getting a few bids for cabinets this week.